“Does God Want You Well?”

Posted by Regina Sanchez on
· No Comments

This is probably one of the most controversial issues in the Christian community. “Is it God’s will to heal me?” I firmly believe it is. But if you don’t “firmly” believe that it is, it will be harder (not impossible) but harder for you to walk in your healing and your divine health when you waver in this belief. But, then again, God can do anything He wants.

I believe there are many factors in obtaining our healing. The first is … are we taking care of the temple (which is our body) by what we eat, the stresses we have in our life and the lifestyle choices we have made?

Other factors that can affect your health:

Do we have un-forgiveness and bitterness in our hearts?

Are there generational curses of death or sickness on us that need to be broken?

Do we doubt that He wants us well?

Are we truly saved and walking with the Lord?

Do we believe God’s Word is true, powerful and sharper than a two-edged sword?

Do we believe His Word is the same yesterday, today and forever? So if He healed in Biblical times, He’ll heal in our times.

Do we believe that He is no respecter of persons? If we don’t, then that’s perhaps the place to start.

Those are just some of the issues to consider as you are desire and yearn for health and healing.

If you still waver in the belief that He wants you well, think about this. We have no trouble believing, “That if we believe in our heart and confess with our mouth that Jesus is Lord, then we are saved.” But yet when we confess “That by His stripes we are healed” we then add “if it’s your will Lord.” Why don’t we add “If it’s your will Lord?” to being saved? Either we believe the Word or we don’t. I think that’s the hardest part. If it’s His will for us to be saved, then it’s His will for us to be healed. Why are they different? He wants us saved but only to suffer? I don’t think so. Earthly fathers would not want that for his child. Why would the perfect Father want it?

Also, if we believe that it’s not always God’s will to heal, then why do we run off to the Doctor for healing? Why don’t we first pray and ask, “Ok God do you why me to suffer with this illness? If you do, I’ll cancel that Dr. appointment.”

Or let’s take ourselves as an example. As a parent, when our child is sick, off we go to do whatever is possible to make him or her well. If we believe the premise that it isn’t always God’s will to heal, then shouldn’t we be praying and asking God if it’s His will that our child should be sick?   Secondly, think how disturbed we are that our child is suffering. Is our loving God less of a God than we are more of person by having His will be that we are to suffer? I absolutely won’t believe that about my ABBA Daddy.

Many times people will say, “But we prayed for so and so to be healed and they were not.” Well I believe that whenever there is no healing, it falls on us. Not on God. Where was our faith? Were we standing on the truth and speaking the truth (His Word) or putting more faith in the circumstance?

But it’s easy to turn the blame on God because we resolve that He’s sovereign and powerful and “Oh well, I guess He doesn’t want it for me.” It’s easier to take the responsibility off us and turn it on to Him. Sometimes the warfare in a situation is hard, intense and very time consuming. We would rather turn the TV on or be involved in our activities then perhaps press in until victory is won. I’m not being judgmental here because I have my own situations that the Lord showed me would have resulted in greater victory if I had pressed in. But the warfare was intense, the battle was raging and I gave up.

So let’s take a look at the Word and see what He says about healing.

A Scripture I love is Psalm 91. It’s a Scripture that I have successfully prayed many times for my protection. The one verse that blares out to me is: “Because you have made the Lord your dwelling place – the Most High, who is my refuge – no evil shall be allowed to befall you, no plague come near your tent.” Psalm 91:9-10

Cause and effect here – we do, He does. We make the Lord our dwelling place, our refuge, and then no plague will come near our tent. If there is a “plague” or sickness upon us, then perhaps there is a door we opened to allow it. One could be the food we eat or the fact that we are so stressed with life or our jobs or our family. Or maybe we are walking in sin. But if we feel confident that it is none of those issues, then we were just attacked by the enemy and battle should begin on our knees. The battle can be hard but He promised to always be with us. The battle could be long but He’s right by our side. The battle could seem bigger than the promise but that’s the lie of the enemy. Keep forging ahead, put on your armor and stand on the Word. Healing is part of His plan for you.

Stand on that promise … “That He wants you healed, well and whole!”

Your Health, Wellness and Organizing Expert … believing in you! 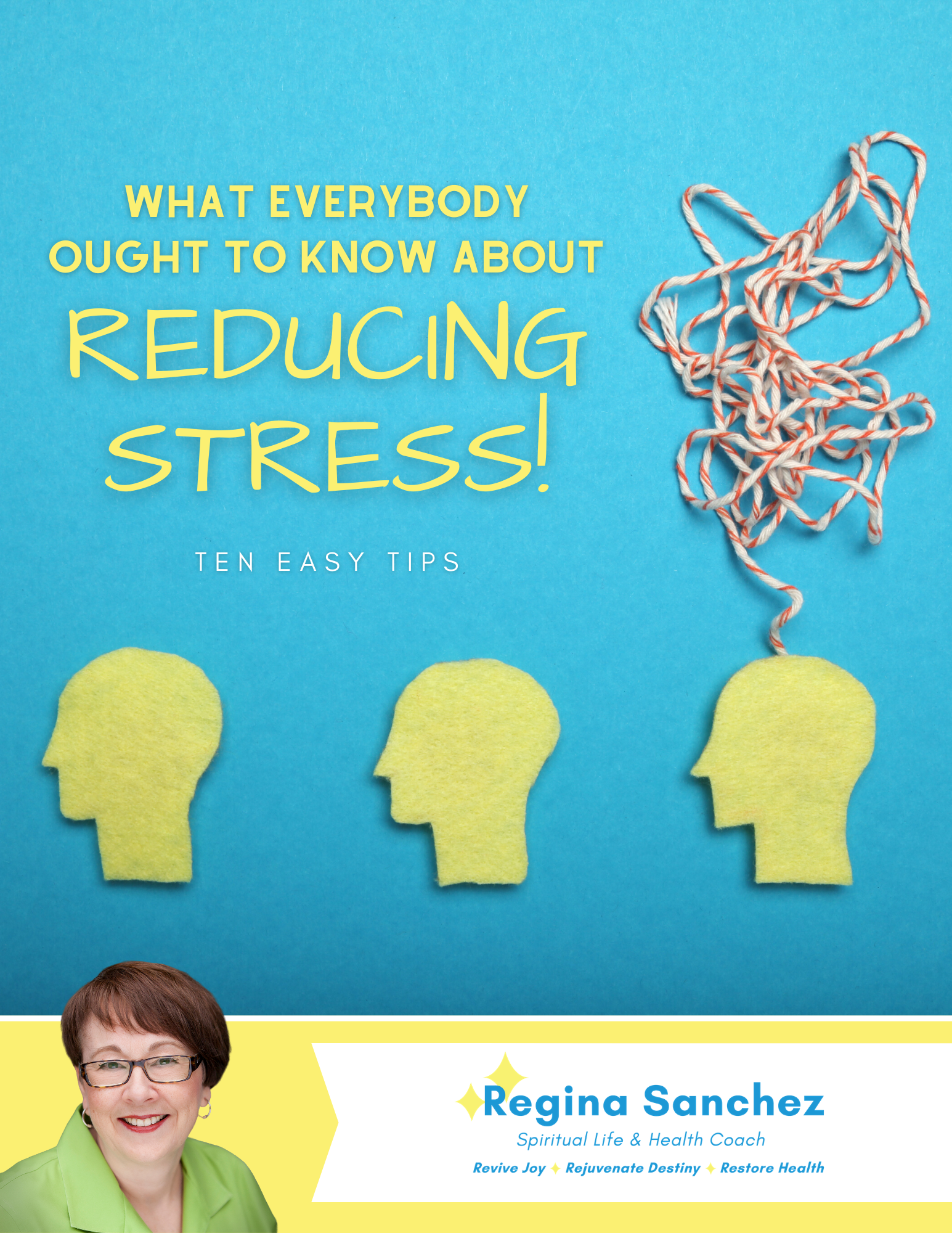